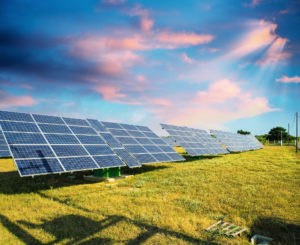 Solar energy starts with the sunlight. Solar cells (or “solar panels” also called “solar panels”), are used to transform the light from the Sun, which is made up of tiny particles of energy called ” Photons”, into electricity. Solar cells have semiconductor material on the rear called the “ssatters”. The electrons in the photovoltaic cell will flow freely when the photon energy strikes the silicon atoms, knocking some of them loose.

By carefully building a solar energy collector and an inverter, you can convert the sunlight into electricity over a period of time ranging from one to twenty-four hours. Once the light has been transformed, the electricity produced is then stored in a DC battery. The battery can store the power for use at night, on cloudy days, or for any other time when daytime sunlight is unavailable.